What springs to mind when you think of buddy movies? The Odd Couple? Butch and Sundance? Thelma and Louise? Maybe one of those modern Hollywood comedies where Jim Carrey, Will Ferrell or Owen Wilson and An Other gurn, break wind a lot and channel their inner infant? Well, it sure has a chequered history, the buddy movie. A certain degree of hamming is always quite likely.

And then along comes First Cow, the latest offering from the always-interesting director Kelly Reichardt (Meek’s Cutoff, Certain Women). No ham here! We’re introduced to Cookie and King Lu, two drifters coming together in Oregon in the early 1800s. Cookie (John Magaro) is a put-upon chef, charged with foraging for food to keep happy a gang of uncouth fur trappers, and who one night covertly offers clothes and shelter to King Lu (Orion Lee), a Chinese immigrant on the run following a fatal altercation with some Russians. When their paths later cross again, Lu offers Cookie a place to stay at a little shack he’s found, and spying a single cow in a nearby forest, Cookie starts sneaking out after dark to milk it (with Lu as his lookout man), in order to make “oily cakes”. The entrepreneurial Lu suggests selling the cakes at market, and they’re soon a roaring success.

When a pompous Englishman, the Chief Factor (Toby Jones, in a role that might have been written just for him) gets wind of their venture, he samples the cakes and declares, all misty-eyed, that they taste of South Kensington. He invites Cookie to bake a dessert for an upcoming meeting he’s hosting with a local captain and a Native American chief. It soon transpires that the Chief Factor has a single cow (its mate and calf having died en route to his property), and he’s mystified as to why it’s hardly producing any milk…

As with many of Kelly Reichardt’s films, First Cow is shot in the rural Northwest, and adapted from part of a novel by her regular collaborator and Oregon native Jonathan Raymond. And like many of the others, it’s but a small story. But it’s also captivating, with every scene a joy to watch, and the casting of Magaro and Lee, neither a household name, as the two central characters, is perfect. There’s a beautiful naturalness to their performances, with the gentle-natured Cookie nervous, pensive, and King Lu the slyly dynamic, slightly reckless one. As soon as I saw it the first time, I wanted to watch it again. And when I eventually did, it didn’t disappoint.

In the last HIP, you may have read my raving about After Love, and now I’m saying see First Cow at all costs. It’s not always like this. I wouldn’t waste valuable space trashing films of little merit, but with the likes of Another Round, Limbo, Surge, Apples and others, it’s been a pretty decent film year, and for me, First Cow tops them all. Catch them all when you can! Support your local cinema!

• First Cow screens at the Electric Palace, Hastings, on 9th and 10th September. 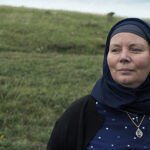 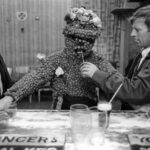 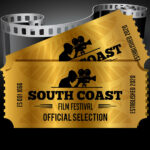