Bringing the colour, costumes and carnival spirit of New Orleans, Hastings Fat Tuesday, the UK’s largest Mardi Gras celebration, is returning in 2022. The festival is made up of several key events including the family favourite Umbrella Parade and the Saturday Unplugged event, which offers 200 free live music gigs across Hastings Old Town.

The event was unable to take place this year due to the Covid restrictions in place, but the Fat Tuesday team have been busy planning for next year and have now released details for the crowning jewel of their festival, the Le Grand Mardi Gras Ball. The Ball was last headlined in 2020 by Radio DJ and Red Dwarf star Craig Charles. It will be back at the White Rock Theatre again on Friday 25 February 2022.

The opening act of the night will be Mr Wilson’s Second Liners, a band described as New Orleans meets 90s club classics, a perfect combination to kick off the occasion. They will be followed later in the evening by The Future Shape of Sound, a Rock’n’roll Crime-Gospel outfit spearheaded by music producer Alex McGowan aka “Captain Future”.

Finally, next year’s headliners will be the internationally acclaimed South London DJ collective, Horse Meat Disco.
The quartet have established themselves over the last 16 years, both on the UK club scene and globally, having hosted DJ residencies in cities such as New York, Berlin and Lisbon.

Hastings Fat Tuesday Director Sally Lampitt told HIP that the event is a real highlight for the local community and she believes next year’s ball will be brighter than ever.

“I think it is going to be a real celebratory opportunity for people to come together and have the most amazing, wild party,” she said.

“But the thing about Fat Tuesday is that every single day of the festival is packed with something that  local people love and adore. The Mardi Gras ball is there as a highlight, but, it’s also very much a part of our overall package of making sure that we bring live music to the local community.”

• Further details of the whole festival, which takes place between 25 February and 1 March will be released soon. Tickets for the ball are available on their website: www.hastingsfattuesday.co.uk 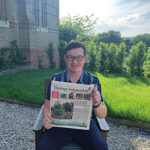 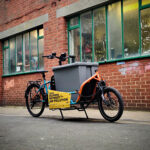