Eastbourne’s International Film Festival, Crossing the Screen, is now into its fourth year, screening a diverse range of features and shorts from around the globe. The festival is the brainchild of Eastbourne-based Domenico Della Valle and Manchester-based Manfredi Mancuso. Both are ex-pat Italians and both have studied film Masters in the UK.

The festival runs from Thursday 19th to Sunday 22nd September inclusive, at three Eastbourne venues. Unlike the last two years, which did have some screenings at the Towner’s cinema, this year’s festival concentrates on a Pop-up theme, using spaces which are not primarily cinemas, although Leaf Hall Arts Centre and The Hart pub have shown films, and Della Valle has regular screenings throughout the year at the Hart. The GNT Gallery, a new space for the festival in a recently opened gallery/bar, is small and provides an intimate informal area to view a series of film shorts. I had a sneak preview there which included the Red Bicycle (Afghanistan), Final Act (Portugal), and the Boogey-woman (USA). These films are representative of the themes of identity, women, and narrative. They were by turns thought-provoking and enigmatic. Women are both film-makers and actors in many of the films. The festival aims to explore the situations and transitions, often difficult or emotional or political, faced by people in their lives.

Della Valle says that he and Manfredi aim to provide a platform for film-makers, both new and established, who are producing work that does not fall into the mainstream. This extends to the venues because the duo want to ensure that the films they show do not conform to the demands or constraints that arise in the commercial or publicly-funded sectors. Della Valle wants to bring audiences to fresh ideas, which in turn gives film-makers the opportunity to show unusual, experimental, and cutting edge work, often produced on very tight budgets. This is apt for a Festival which is run on a shoestring with Della Valle and Manfredi both viewing potential films and making joint decisions on what will be in the programme. Given the parameters, the quality is high.

Tickets are available on a day basis (£15/£10 concessions) or for the full four days of the festival (£35/£30 concessions) which is a real snip for a full on programme that runs from midday to the evening, and there is an extra in the morning of the opening day at Leaf Hall. There is some overlap of showings at the venues, and limited seating at the cosy GNK, so it’s wise to pick in advance from the very full on programme. Full details are available online at https://crossingthescreen.org

It’s a must for film lovers, arts students of all disciplines, and anyone who wants to try something new. It’s definitely worth a trip over to Eastbourne for the films and to explore a little in between screenings, if you can find time in that packed programme.

Lights Out At The Curzon Cinema, Eastbourne 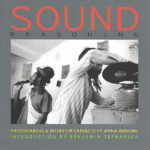 How Convergence In The Publishing Industry Created A Micropublishing Revolution 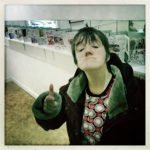