Christmas Joy Around the World

Four local musicians will be bringing some joy into the lives of people around the world when they appear in an online concert organised from St Leonards.

The concert was organised by Sean Duggan to thank everyone for supporting the charity’s battle to provide medical care, education and food to thousands of people living in 20 slums of Kolkata, India, (one called Hastings!) who have been so badly hit by the Covid crisis.

In fact it all started as a thank you to everyone took part in a global 10km sponsored walk for the charity’s Covid-relief efforts in July, including Frank, Alice and Juliet who walked from Pett Level to Hastings in the rain.

Sean, who has never organised a concert before, said he was hoping to sprinkle a little bit of global happiness – bringing people together when so many are unable to see friends or family over the festive season.

“It’s been such a hard year for everyone,” said Sean. “And this was a way we could connect people, listening to an incredible variety of amazing music. I was really delighted, and touched, that so many talented musicians offered to take part.”

The artists involved come from seven countries, from Hawaii to Switzerland, and the musical styles range from traditional carols, to urban folk, from jazz to Bollywood.

There are a number of top Indian performers, including Biddu, the legendary music producer and singer-songwriter behind hit after hit around the world for many decades, including the song Kung Fu fighting.

Christmas Joy will be broadcast live from Kolkata at 2pm on Sunday, December 13, starting at 2pm. You can watch it live and afterwards on Facebook and on Calcutta Rescue’s YouTube channel.

• Find out more about the charity at www.calcuttarescuefund.org.uk 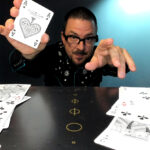 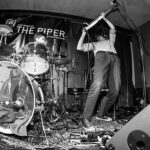 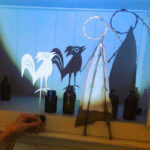 A Spirited Adventure this Christmas

« The HIP #ShopLocal List
No Peeping At The Town Deal »