Regenesis: Feeding the World Without Devouring the Planet

Published by Penguin Books at £20; £18 at Bookbuster

According to the King James Authorised Version of the Old Testament (first published in 1611), God promised humankind ‘dominion over the fish of the sea, and over the fowl of the air, and over the cattle, and over all the earth, and over every creeping thing that creepeth upon the earth’. (KJV, Genesis 1:26)

The original bearer of this exclusively anthropocentric and recklessly generous award (more likely an ad hoc committee of nomads, and one supposedly authorised by a higher power even than an Anglo-Scottish king!) may well have been acquainted with some of the Big Beasties: whales, chickens, cows etc. And among those creatures that ‘creepeth upon the earth’ will have no doubt have included snakes and lizards, the odd scorpion and a good few insect-types…

George Monbiot, however, introduces his genesis revivat with a penetrating introduction to some very creepy but deeply fascinating dwellers of the netherworlds: the myriad creatures that ‘dwelleth in the soil’.

We find him lying on his tummy in the grass of an orchard he had planted some decades earlier, equipped with a 40x magnifying loupe and inspecting a sod of earth. He takes us through layer on layer of microscopic inhabitants undreamt of by those ancient vision-prone desert dwellers:

‘Soil, which we once saw as a homogeneous mass, is composed of structures within structures within structures. Earthworms, roots and fungi create clumps of soil, glued together with the fibres and sticky chemicals they make, called aggregates. Within these aggregates, mites and springtails create smaller clumps. Within them, bacteria and their microscopic predators – creatures I cannot see even with my loupe, such as tardigrades, ciliates and amoebas – form still smaller aggregates.

Between these clusters are holes of different shapes and sizes. Around them are films of water and the complex chemicals released by plants and animals [a plant can donate up to 40% of the sugars it manufactures through photosynthesis to feed this ecosystem, called the rhizosphere]. Each of these clusters and voids and films has its own properties, creating millions of tiny niches that different species can exploit’.

The detail reveals a subterranean universe of which (like Monbiot, before he commenced his investigations) I previously had no inkling of an idea. Although experts are able to explain and contextualise much of his observations, it is only in 2020 that scientists first proposed a Theory of Soil. This will be some task to verify, for, as he says: ‘Every question about the soil ramifies into further questions. Every answer uncovers a riot of transgressive relationships, and opens a new field of study. The more we learn about life on Earth, the more intricate and connected it turns out to be…’

One way of looking at soil is as a single aggregate of complex systems, a sort of meta-complex system, and as such just one of the many that constitute our lives; from the atmosphere and ocean currents to the financial system and human societies.  Monbiot identifies one of the most vulnerable of these systems as that of global food supply, citing agriculture as the world’s greatest cause of habitat destruction and the global extinction crisis: viz. just 4% of the world’s mammals, by weight, are wild, humans accounting for 36%, and livestock for the remaining 60%.

To which we can add the threats from the climate and resource crises (and the resulting and inevitable increase in geopolitical instability), along with a rapidly accelerating concentration of the manufacture and sale of farm machinery, development of seeds and fertilisers and control of food production and distribution by fewer and fewer mega-corporations. Any new-found discoveries and their technical applications will need to be applied post haste to the job of feeding the planet without destroying it. But, remembering that these are early days, which ones exactly?

The threat of the mega-corps to intellectual property rights notwithstanding, Monbiot sees hope in precision fermentation, the use of soil bacteria fed on water, hydrogen, CO2 and minerals to produce proteins and fats. This has the potential to replace all livestock farming, all soya farming and much of vegetable oil production, massively reducing land use and other environmental impacts. He is also a big-time proponent of ‘stockfree organic’ farming, as developed over several decades by the south Oxfordshire vegetable grower Iain Tolhurst, using techniques he says “have anticipated recent discoveries by soil scientists”.

Another new technology, though one also threatened by the corporate monopolisation of patent rights, is the development of perennial grain crops to replace the annual plants from which we obtain most of our food. Annuals are plants that die after a single growing season, while perennials survive from one year to the next. Further new techniques and technologies will no doubt be on the way.

The Book of Genesis is reckoned to have been written about three and a half millennia ago. But although basic spectacles with blown glass lenses were first produced in the C13th, it was only as the final draft of the Authorised Version was being decided upon by King James I that in 1609 Galileo Galilei produced the first device to be called a microscope, using ground lenses. And even then, it took several more decades before Robert Hooke would add to the sum of practical human knowledge by publishing, in 1665, Micrographia; the first fully illustrated account of the microscopic world (and the first scientific best seller).

Our modern age is mostly characterised as the Age of Silicon because of the slithers or chips of processed sand upon which our computers’ integrated circuits are engraved. But perhaps it is the processing of sand into glass to provide our microscopes that will finally have determined our age, and hopefully our future survival. An astonishing book, Regenesis should ideally become the latest scientific best-seller.

*The article The secret world beneath our feet is mind-blowing – and the key to our planet’s future, by George Monbiot, Sat 7 May 2022, is available on the Guardian website. 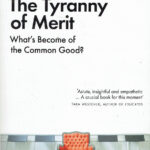 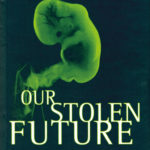