The Tyranny of Merit

By Michael J Sandel
Published by Penguin Books, 2021, £9.99 at Bookbusters

This timely book by Harvard professor Michael Sandel gives a complex and tightly argued review of one of the contemporary top ideological assumptions of modern Western cultures, the once reviled concept of ‘meritocracy’. Today, this is a fully assimilated ‘good’, defining how we treat success and failure. Although by no means a new goal, in the last forty years it has, for better or for worse, become an unquestioned tenet of our society.

One of the most important chapters addresses the differences – and the similarities – between the view of ‘merit’ and meritocracy in two of the most important economic and juristic thinkers behind contemporary capitalism, at least nominally representing, respectively, the ‘right’ and ‘centre-left’ of the political spectrum, Friedrich von Hayek, and John Rawls. Their positions are nuanced, and Hayek doesn’t conflate merit and success directly, which disingenuously allows the rich a free pass when criticising them for rigging the game.

Because, in our culture, ‘success’ is measured in financial wealth and consequent position in a hierarchy, economic ideas are pro-unfettered free trade, despite the obvious failures of ‘by magic’ ‘trickle-down’ promoted by cynical leaders as a natural balancing of the system. The differences come, primarily, when determining how those with ‘less’ ‘merit’ are treated. Hayek takes the hardcore neoliberal stance of letting the weak fall, the strong deserving their success.

The concept of freedom here is very definitely the ‘American’ one of ‘freedom to’, devil take the hindmost. Rawls at least tacitly realises that ‘the invisible hand’ is a myth, and believes in redistributing some of the wealth (usually in taxes) to the least fortunate. He, therefore, appears to balance ‘freedom to’ with ‘freedom from’, giving a more rounded concept of freedom that allows innovation and success, but gives succour from hunger and disease and provides minimal shelter.

Our country has elements of functional ‘meritocracy’ but on close inspection it often seems, for most intelligent people of the ‘wrong class’, as if a glass ceiling exists to deny equal opportunity. We clearly have a self-selecting classist aspect to society, defined by heredity, wealth, and socio-culture stature. One measure is which school and college you attend. Some limited scholarship programmes and exam-based entry systems allow a small cohort of the less privileged to enter, ‘on merit’, giving a fig-leaf to attempts to divert criticism, naturally falling back on the ‘politics of envy’ argument.

This does not come in for sufficient criticism in our media – whilst a few may be venally jealous of the super-rich, most of us would simply prefer they pay their share of taxes, as we do, without squirrelling their wealth away in tax havens and paying accountants to hide it. A more stable society recognises the need to reduce the wealth gap, and to value essential but low-paid work.

Personally, I would furnish Rawls’s trickledown with a flat-rate of personal and corporation tax, payable by all over and above their ‘living income’, at, say 25%, with severe penalties for dodging their responsibilities,  and lobby internationally, as Joe Biden has indicated he might, to ensure a level playing-field. This is not a goal I expect to see reached, but a worthy target that does not punish those deemed lacking in merit in our money-oriented culture.

The Guardian, on September 19th, ran the story “Child poverty now costs Britain £38bn a year”, adding that “despite Conservative claims to have reduced child-
hood deprivation, the burden on taxpayers has soared over the past eight years.” It is clear that the way we ostracise the less successful is at best problematic. Meritocratic ideas can be seen as prejudiced, essentially sifting the ‘smart’ from the ‘dumb’. Societal costs of treating those seen as ‘failures’ are paid in numerous ways outside the tax and welfare system. Just as environmental ‘externalities’ are ignored by industry, government likes to hide ‘real costs’ from us, while promoting the idea that those in need are merely lazy, lacking merit, and simply envious.

Blair’s Labour government were more in the Rawlsian camp, with schemes such as Working and Child Tax Credits giving targeted redress. Until the pandemic and the supposed rise of ‘red Boris’, Tory policy was straight out of the Hayek playbook. Either approach can be seen as condescending to the losers, and Sandel diagnoses this as a key factor in contemporary populist dissatisfaction and distrust, both on the left and right.

Meanwhile, critiques around gate-keeping the higher echelons aside, we need a deeper attack on ‘meritocracy’. Sandel provides a good deal of this, and I recommend reading his book. The dichotomy can be caricatured as choosing a selfish ‘Wall Street’ concept of ‘meretricious’ behaviour, or choosing ‘the Sermon on the Mount’. Why should ‘merit’ not be measured in moral values instead of economic ones? Sandel gives arguments around basing merit on morals, there are very real issues with it, essentially around ‘who decides’ and how do we treat dissenters.

Sadly, we know all too well how our global neoliberal system treats dissenters. The hierarchical aspect of grading people by merit is something the ‘anarchist’ left has long criticised. Hierarchy and domination in society can be seen as inevitably imposing themselves on the way we treat the natural world. An economic system lionising and rewarding the most environmentally destructive, as a simple ‘profit-is-good, less-profit-is-bad’ equation, trashes our very life-support systems. To put it bluntly, ‘merit’ and ‘success’ should perhaps be measured by how lightly we tread upon the earth. 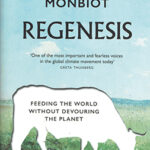