No More Cakes and Ale?

I am lucky, my intolerance to gluten is not full-flung hospitalising coeliac disease. Nevertheless, I get cramps, bloating, and other less savoury side-effects, from eating wheat, rye, or barley. For others it can be a lot worse. The growth of ‘gluten-free’ sections in stores is to be celebrated – despite the dismissive attitude of some to what they insist on seeing as ‘trendy’ and ‘hipster-ish’, many of us genuinely suffer from a glutinous diet and are genuinely much better off without it (or, for a lucky few, with less of it). The ‘oh, go on with you’ attitude is heard as much for those with dairy intolerance (and for vegans, though that seems more often an ethical than medical choice).

The rise in intolerance and allergy may have multifarious origins, from GM products, increased lactose in contem-porary industrial milk, to multiple-chemical-sensitivity from an overly contaminated environment (cf, Monsanto, DuPont, fossil-fuel burning, plastics by-products, etc). It certainly seems to be very real.

Nonetheless, those elimi-nating ‘traditional’ foods (albeit often rather ‘modified’) do need to research alternative sources of ‘good’ proteins, minerals, vitamins etc, or their health may not be aided in the long run. Newton’s book is subtitled dietary intelligence for gluten-free adults and their food dudes. The author notes links between lactose and gluten intolerance, and notes the dangers of cutting out dairy if you are suffering coeliac disease (‘celiac’ in American English, the author explains why she prefers to use this spelling in her introduction).

There is a chapter on how to identify, and thus avoid, gluten in products, which goes into both EU and US food labelling, and has a detailed explanation of ‘acceptable’ minimum gluten levels in ‘gluten-free’ produce. She also reminds us that manufacturers change ingredients on a whim, so that brand you thought was OK may not remain so – check the label!

The next chapter is about nutrition and health, with an emphasis on ‘remedying common nutritional defic-iencies’ common in gluten-free diets. One example is reduced selenium, an important antioxidant which is often consumed in too low quantities in western diets but is even lower in some gluten-free replacement foods, such as buckwheat, quinoa and rice. Buckwheat is not ‘wheat’, it is a cereal unrelated to wheat. It, and other common gluten-free alternatives are nutritionally similar to wheat in other regards, but you must seek sources of selenium elsewhere. Naturally, there are numerous other deficiencies, and Newton examines them in detail.

Later chapters look into long-term dietary planning, and ‘lifehacks’ (on travel, eating out, hospital food, and many other useful tips). It also has a useful chapter on what you DON’T need, a speculation of future possible support for celiacs, and short sections giving recipes and resources. Despite American spelling, the book bucks the Yankee trend and offers us a very necessary index! If you are, or know, a celiac, or someone with a less full-on gluten intolerance, buy this book, not only is the author local, but this is truly a swiss-army knife of a guide. 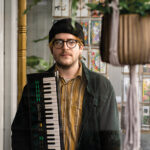 Al Mitchell: A New Age for a New Born Sinner 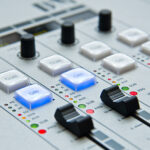