A Little Light:
20 ways the coronavirus response could make the world better

This ‘review’ is less about the book itself than it is about one contributor, the Guardian technology editor Alex Hern, and his excellent feature in
The Guardian Weekly (20th November) entitled Lost in the Flood: Facebook, QAnon and the world’s loosening grip on reality. Naturally, the Covid situation is touched on in both the book and the essay, though making the world better is quite impossible from the perspective of the breakdown of shared narrative described in his essay.

The ways in which being ‘home alone’ under lockdown has led isolated individuals deeper into the morass of Internet affinity groups, sans critical-thinking skills, is analysed in his article. QAnon is one of the main framing narratives gaining traction because of it; one that incorporates ‘everything’ so can sucker in ‘anyone’ – a conspiracy of conspiracies to encompass everything. Of course, this inclusivity also renders it entirely incoherent, but without skills in thinking critically that is irrelevant. Hern’s piece illustrates how wide and all-encompassing a QAnon narrative  can get (and how farcically shallow), and gives human-interest insights to how it affects those sucked down its rabbit hole and those close to them.

WHERE AN IF-THEN STATEMENT PUSHES DEBATE COMPLETELY OFF BEAM

The plethora of ideas around Covid-19 is expansive and often deluded. A brief perusal of Facebook shows various paranoias around the globe, fuelled both by governments’ incompetence or vacillation and by alt-right extremists with their own dangerous agendas. One simple critical thinking error is the ‘slippery slope’, where an if-then statement pushes debate completely off beam, creating a ‘logic’ accepted by many in the interweb-fuelled loose ‘movement’. This movement includes anti-maskers, anti-vaxxers, pro-Trumpists, anti-5Gers and many others, who may not follow the logic to the extremes suggested by the likes of David Icke, but are still often susceptible to some of the ideas. The milieu itself creates a hermetically sealed ‘culture’ that inevitably rubs off, a little or a lot depending on the individual involved. A little is sometimes all that is needed.

Another case in point is Trump’s accusation of Democrat Party vote rigging. The fact that the Republicans are known to have skewed the Ohio and Florida votes at the last US Presidential elections through ‘voter suppression’ (by making registration or even voting more difficult for poor black communities and ‘redistricting’ to redraw voting boundaries
to favour the Republican Party), and that Jeb Bush (brother of George Jr) owns the company that provides vote-counting machines is forgotten. Trump does what narcissists do – holds a mirror to himself, describes his flaws, but then projects them onto the opposition.

There are several ‘gaslighting’ narratives in the Covid-19 debate, and most of the anti-mainstream media stuff is at least as gaslighting as the ‘MSM’ stuff itself, and often verifiably wildly inaccurate. Polarising debate only serves extremists on both ‘sides’ – and although there are more than two sides, the nature of polarisation in irrational ‘debate’ dictates that there
will invariably soon be only two, and they’ll both be wrong… That is the point when civilisational breakdown becomes markedly less avoidable – and we are close to it. And I don’t say ‘civilisational’ as a defence of the status quo, which is clearly past its sell-by date. The obvious fact that
none of the ‘proof’ from a handful of avowed Trump supporters adds up to anything ‘real’ is ignored – and at the same time the debate becomes polarised, such that, for example, my critique here may (in error) be seen by some as somehow suggesting the Democrats are squeaky clean innocents in all this. The dangers of unnuanced internet chit-chat should be clear enough.

Hastings & Rye was an early test-case, and we probably would not have had Rudd’s second term, or Hart at all, without it

The UK has its own issues here – we too have a ruling party that has plans to redraw the constituency boundaries. Hastings & Rye was an early test-case, and we probably would not have had Rudd’s second term, or Hart at all, without it. Independent analysts have shown Labour would need a 20% lead to win if the new boundaries go ahead – leaving a one-party state (Labour, too, are fond of self-serving boundary changes). A Tory peer owns the vote-counting machines trialled in Scotland. And, Jeb Bush was a guest of Cameron’s at Downing Street in the run-up to the 2010 election. Irregularities were reported in several marginals, and in other recent elections, including here, Hartlepool and Copeland – police responded only after a statutory period had elapsed, despite having complaints well before that, and so said it was ‘too late to act on it’.

THE POSITIVE TASK OF ADDRESSING BOTH MAINSTREAM MEDIA
AND INTERWEB BIAS

State and Corporate divide-and-conquer neuters dissent aimed at those with actual power by pitching every ‘minority’ against every other, at the ‘base’ of society, whilst they rape the planet and reap the profits at our expense with impunity. These groupings share many goals, and clash on others, thus are sometimes a ‘conspiracy’ in effect, whilst only sometimes actually conspiring (often openly, of Davos & Bilderberg), and often conspiring against each other. This, too, pushes many who dissent from the flaws in the mainstream narrative into the arms of at least equally dubious ‘alternative’ narratives.

Without some ability to pick through the haystack of ‘facts’ and see possible real patterns, people often end up seeing nonsensical patterns and accepting them as real. Coronavirus, like Brexit, has highlighted the terrible state of education in this country and exposed the biases of the traditional media. More people than ever are aware of billionaire ownership of our papers, for example (sadly, some still buy into the alternative narratives certain papers weave, such as The Daily Mail or Express). Ironically, the paper I hear modern dissenters complain about the most is The Guardian, yet it is the sole major distribution daily paper here that is owned by
a trust, not a billionaire (no disrespect intended to The Morning Star, but that has a much lower circulation, at least for now). One of the partial ‘truths’ peddled against them is that The Guardian’s US office and their global development site were part-funded by the Bill and Melinda Gates Foundation – ‘partial’, because the accusation is that the Gates’s ‘control’ and are ‘directors’ of this site, but in fact they are not.

And here, ironically, is where Hern’s article and the book he has contributed to may in fact dovetail – if we are lucky. Although the voices of unreason are very loud, a majority are not really involved in the madness. If coronavirus fever helps awaken these latter to how perilously close to breaking things for its own sake the crazies are, we may begin the positive task of addressing both mainstream media and interweb bias. The latter is generally worse, at least in social media, as there is more of a tendency for short gnomic statements, and contracted attention-spans. Remember: Books are King! 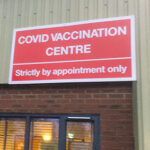 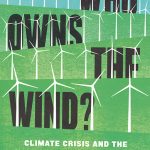