From Keynesian mixed economy capitalism to the ultra-hard neoliberal financialised economy this book illustrates how an increasingly controlling state has suppressed grassroots democratic change; achieved through ‘austerity’, a shift towards a sanction-oriented welfare machine and the integration of political social and technological control from above. These studies of grass roots struggle and the post-1970s machine dubbed ‘the punitive state’ are written by activists as well as academics. The theme is practical resistance strategies and the emphasis on fighting back, based in the experience of the contributors. Thus, after an academic introduction to some rather depressing facts, the emphasis is on positive action.

Chapters cover gentrification in New York; the London Housing Movement; post-Grenfell challenges to ‘neoliberal housing’; the Disabled People’s Movement; activists against gendered violence; attacks on civil liberties, and institutional Islamophobia. In light of the recent protests against police brutality and institutionalised racism, the use of the pandemic to pass an ‘emergency’ executive order to ban protests, and the success last year of XR in bringing ecological destruction into the wider public view, several chapters are especially interesting:

Ken Olende, currently a PhD student at Brighton, is an activist, and was an editor at Unity magazine – here, he writes on ‘the hostile environment’ and Windrush. The austerity policies the Tories have promoted for a decade, alongside our ex-MP’s anti-immigration regime, are discussed in the context of the ‘new’ capitalism, which is seen as a driving force behind these policies.

David Scott, an academic who works on crime, punishment and justice, has a chapter on the fight against a carceral agenda in mega-prisons, which are represented in the UK by the advocacy on the right of slave-labour factories, modelled on the US ‘prison-industrial complex’. In the US this source of cheap labour, in a for-profit privatised prison system, is a goose that lays golden eggs, and a post-Brexit Britain is likely to replicate this. This cheap labour pool in the US is fuelled by the high-handed policing of black, Latino, and Native American communities. Many states institute a ‘three-strikes and you’re out’ rule, and racist policing and sentencing frequently indicts blacks for ‘crimes’ that white young men would not be, guaranteeing an endless supply of long-term free labour.

There is also a chapter on undercover policing and the surveillance state by criminologist Raphael Schlembach. Read alongside Robert Ferguson’s chapter on resisting the Prevent program, these issues clearly can be applied to BLM, XR and other ‘popular’ protest movements, perhaps suggesting future wings full of political prisoners in the G4S private prison factories. As to undercover policing and fifth columnist activity, activist protest movements see the reality of how much damage it does to any cause threatening capitalist business-as-usual. Our police have a long and dubious history of spying on activists, infiltration, steering, and indeed entrapping those likely to garner more public support (see Eveline Lubbers’ Secret Manoeuvres in the Dark, Pluto Press 2012). Seeding a few ‘violent protestors’ through a peaceful demo is standard strategy and the resistance of the public to believe this is astonishing given the decades of copious evidence. The use of fringe organisations to sow disorder at planning meetings and demos is also a factor – some of these obviously infiltrated by police or MI5, some by genuinely nihilistic accelerationists.

My own experience with this covers four decades, but one stands out in particular: in the early 90s an anti-Criminal Justice Bill group were convened at Cooltan in Brixton, to form a ‘rainbow coalition’ organising marches to bring public attention to the iniquities in the Bill. The group was very inclusive, and a variety of organisations from Friends of the Earth, Animal Liberation Front, British Socialist Movement, anti-road activists, groups fighting for queer rights and the legalisation of cannabis, all turned up and organised politely and constructively.

We all concurred on one thing – the SWP were not welcome. Now, the SWP have existed in many guises, by no means all nefarious, but in the early 90s they were incredibly destructive of successful protest movements, taking credit for actions they were merely parasitic in, and encouraging anger and violence. As the marches became more high-profile the number of SWP banners grew, as this tiny sect tried to take credit for it as well as turning the press against protestors.

Friends of the Earth, British Socialist Movement, anti-road activists all turned up

Only at the last organising meeting did the ‘SWP’ turn up, in an odd triangular wedge of about eight or nine young women shoved into the meeting, headed by one big lad. He did all the talking, reiterating a few points over and over again in different words, and shouting down attempts to move on to organising issues as an attack on his right to be heard. The thing that struck me was this: he looked like Tony Hadley from the band Spandau Ballet and had a strong Nottinghamshire accent. I had seen him before across a barricade at a miner’s strike demo in 1984 – on the police side, in uniform.

The clearly deliberate synergy between SWP agro and police violence destroyed all the gains we’d made over the preceding months. The riots in Hyde Park on the last march had been simmering all day, especially as the policing was aggressive in the extreme, and demonised the whole campaign in the media just in time for summer Recess. The moment was lost, and in the autumn the Bill became the Act.

I find it distressing to meet engaged, positive young people who are susceptible to all these old tricks because, until they have suffered it, they are rarely cynical enough to believe it. Wheel-reinvention is a major drag on the potential for success on an activist movement, so I am pleased the contributors to Resist the Punitive State have shared some of their own experiences as activists, and helped put each aspect of the struggle into the context of the globalised hyper-capitalist state’s policies and motivations. Only with eyes and ears open, and in solidarity, can we find roads to success in resisting them. 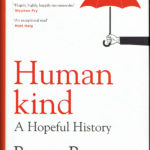 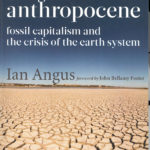 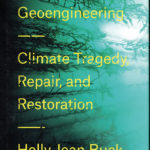 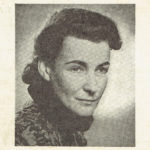 « Everyman or No Man
Why Cllr Lee Had To Go »