Black Magik Fest is a new arts festival in St Leonards celebrating what it means to be Black and British. It’s devised and curated by resident Jack Kennedy who says: “Alongside an amazing line-up of artists we will have cultural institutions from the local area coming to provide information on what they do”. It arose from last year’s public appeal for new creative projects in St Leonards.

Jack Kennedy aka Paris Grande is an artist and activist. Their work uses the lens of drag to explore world events and media portrayals of the ‘Good’ and the ‘Bad’. Kennedy/Grande is co-founder of Hastings Rally Against Racism, a campaign group working in Hastings that seeks to raise awareness and promote education around issues of race.

A play written by John Knowles, co-directed by Dominique Gerrad and performed by Fetch Theatre/Gavin O’Neill will be at The Stables Theatre on
24th, 25th & 26th June.

The production supports the work of Solace Women’s Aid charity who work with victims of domestic violence. Punched has been supported by Arts Council England and Hastings Borough Council. The production is not recommended for those under 18 because of themes of drugs, violence and self-harm.

Imogen and Kayleigh will be running an Open Mic style event every last Thursday of the month at Home Ground Kitchen, Gotham Alley, Hastings.
Please email [email protected] if you would like to come and play. The bar and restaurant will be open, and you can eat or just stop by for a drink and enjoy the music from 7.30pm. Violin and Cello recital

Star cellist Laura van der Heijden (BBC young musician 2016) teams up with violin virtuoso Max Baillie to bring you duets by Bartok, Bach, Kodaly, and Handel. This programme embraces the Baroque and the folk cultures of Eastern Europe, including songs they have arranged themselves specially for the occasion. Holy Child Church,
St Leonards-on-Sea

Hastings Museum’s woodcarvings and furnishings in the Durbar Hall are to be restored if enough money can be raised by the Museums Association in tandem with Crowdfunder.

To find out more and donate go to crowdfunder.co.uk/brasseys-brilliant-banquettes

A new record shop has opened at 48 Marina (the Goodman’s Building) in St Leonards. It’s offering a broad selection of vinyl, tapes and books, featuring jazz, hip-hop, soul, funk, punk, metal, alt, indie, electronica, rock, country, reggae and dub. Proprietor Adam Taylor-Foster has spent 20 years in music and fashion media and advertising and has been a new music promoter in various parts of the country including Brighton and Tunbridge Wells. The shop is called Cloth and Wax – the cloth section being ‘a curated streetwear archive’.

Preparations are underway for the 2021 Hastings Fringe Comedy festival running from July 7th-11th at various pubs around the Old Town.

BBC New Voices winner Jenan Younis contacted HIP to say she’ll be performing Jenanistan (Work in Progress) at Ye Olde Pump House in George Street at 5.00pm on Saturday 10th July. As her publicity blurb says: “Growing up Middle Eastern in middle class middle England makes it pretty tricky being your ethnic self… Jenan decides to start wearing her ethnic
self on her sleeve; but it’s not without difficulty.” 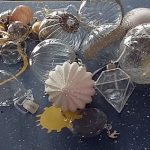 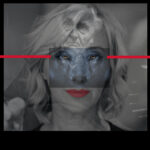 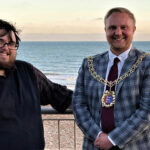 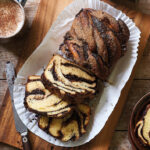