Arts and Culture: The Latest Waves 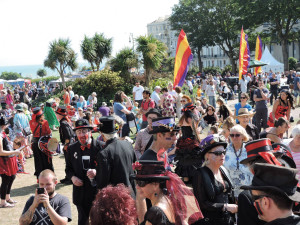 There is so much going on in Hastings and St Leonards that sometimes I dream of moving to London for a quieter life.

In 1990, Jonathan Meades presented a TV series called In Search of Bohemia which celebrates the extraordinary character of our town – the unfinished architecture inhabited by artists like Mick and Trish Rooney, Laetitia Yhap and Angie Braven and Gus Cummins. You can find his praise song to Hastings on YouTube.

All these people contributed to our town, and continue to. They paint and write and sing and invent festivals and commemorate dead fishermen with drinking games and daft tournaments. Hastings is a town which has always made its own entertainment – rich veins of graffiti, illuminated bike rides and fancy-dress parties.

When I moved here, I felt privileged to be welcomed into ‘old Hastings’. Unlike Brighton, people of different ages and proclivities and experiences talked to me. But I realised that they didn’t always know each other. I set up an email list called Hastings Creative Media Community – now Hastings Creatives. It started with eight members and now there are nearly 1000. The website is soon to be re-vamped – with support from Hastings Borough Council. Real-life events are also being planned so the latest waves of creatives can start conversations in person, as well as on-line. 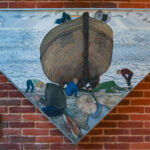