Art on the Allotment

Residents of Hastings and St Leonards might be aware of the abundance of artists, musicians and other creatives in the town, but perhaps less sure of how they fit in as ordinary householders. Part of the answer could be found on an allotment in St Leonards. Not visible to the general public, Marina Allotments, off Tudor Avenue, hides behind houses on three sides with views to Eastbourne on the fourth.

Creative people seem keen to snap up a plot on this hidden access to outdoor life. There are musicians, sculptors, painters, a potter, a Butoh dancer, a glass engraver and even the man who put the lights back in bottle alley.

Joan Roche is a painter. When she took a plot, she thought she might grow vegetables. “Potatoes were definitely out, though.” she clarifies. “Too labour intensive, and don’t inspire creativity.”

Joan uses her plot to some extent as an extension of her studio. Like many people in St Leonards, she doesn’t have a garden or other outside area so the allotment is somewhere to go, “a private space”.

You might think that working with nature would inform her art, but she says it’s the other way round. “It’s an outlet to develop ideas in different ways.” she says. One aspect has been developing concepts from her two-dimensional painting into 3-D elements – though she’s discovering that materials behave in unexpected ways when battered by the weather. “It’s all a learning curve.”

She also likes the continuity. “If the plot’s not looked after, weeds grow and plants die.” So she’s out most days, rain or shine, listening to the radio, absorbing the view and contemplating what to do next.

Jim Roseveare, a local sculptor, still remembers the first packet of seeds his dad gave him –  feeling those tiny seeds in his hand and the first green shoots springing up after planting. “A sense of wonder,” he says.

Working as a part-time tree surgeon means the allotment isn’t Jim’s only horticultural outlet. Trees for him manifest the natural cycle of growth and decay. But he’s also conscious of man’s intervention, going back to the first Neolithic farmers. “It’s about what we eat. It’s what comes out of the soil.”

The allotment is a place where he can feel that connection. He also believes that allowing some empty time is good for the brain. “Rest, while at the same time invigorating the senses.”

So how does he explain what some might see as his brutal interventions in the landscape, currently using concrete and detritus as the medium of expression? He sees this as the ongoing human involvement with nature; but despite mankind’s effort to make, create, distil and control, there is “a wonderful sense of decay and change”.

Roz Cran wants everyone to have an allotment. “It’s healing.” she says, “We are part of the earth.” In fact, soon after graduating from the Royal Academy of Art in 2006, Roz had a month’s residency on an allotment in Brighton. “It was an opportunity to create work and see what happened.”

What emerged was work relating to elements of her life, starting with her childhood growing up in a teaching environment. She wove these ideas into the landscape using a mixture of performance art and installation. It can be a playful process: a rusty typewriter found on the beach represented a short period as a secretary. She buried this at the end of the residency and grew lettuce (‘letters’) above it.

What fascinates Roz is the process of making art. “Things arrive and then become something else.” In this vein she plans to document everything she grows this year and see where it goes. “It will be marvellous.” she says. 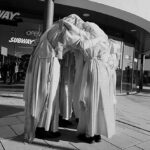 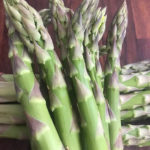 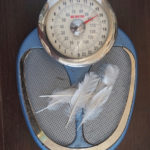