A taste of Honeysett (Review)

The Hastings area has attracted quality artists for decades, if not centuries. Amongst them number a string of legendary cartoonists and illustrators. One of the most prolific and successful in recent years was the now sadly departed Martin Honeysett.

Unbelievable as it may seem, it is a year since we reported Martin’s sudden and unexpected death. Now, as we did then, we celebrate his life as a popular and well-loved member of our community and respected and highly valued contributor to the cream of satirical and humourous media both in the UK and beyond. Private Eye, Punch, The Oldie, The Spectator, New Statesman….The list goes on and on.  And we are privileged to be permitted to reproduce some of Martin’s work in Hastings Independent.

On Tuesday 19th January a contingent of family members, fellow cartoonists and fans scuttled up to central London in the manner of Honeysett characters to celebrate a lifetime of great work. It was the private view of A taste of Honeysett, a three month long exhibition at the prestigious Cartoon Museum. The two-storey museum was jammed to the rafters and visitors treated to over 140 cartoons and illustrations from all stages of Martin’s career, including his work for those publications mentioned above plus illustrations for books by Ivor Cutler, Sue Townsend and Terry Jones and Michael Palin, as well as drawings from his time in Japan.

The exhibition was officially opened by Michael Palin who soon had everyone laughing with his hilarious account of what it was like to collaborate with Martin. Before that Richard Ingrams, former editor of Private Eye and The Oldie, spoke affectionately of the hundreds of contributions made over the decades from the amazing cartoonist he rarely ever met.

“He was not just a cartoonist, he was a brilliant artist … His masterly cartoons featured grotesque, squalidly dressed men and women often living in the company of rats,”  said Ingrams.

Honeysett was regarded by many as ‘the cartoonists’ cartoonist’. Fellow cartoonist Bill Stott describes Martin’s artwork, often filled with ‘baggy dishevelled people’ as “… sometimes dark and grotesque, occasionally bizarre, and invariably funny. When asked by someone why he drew people the way he did he replied thus:”

“But that’s how people really look, isn’t it? “

Honeysett’s first published cartoon appeared in the Sunday Mirror on 4 May 1969, and further cartoons were taken by the Daily Mirror, Evening Standard and other publications.  His work was also known outside the UK and during his career he won awards and commendations in cartoon competitions around the world, including Turkey, Iran, Portugal and Japan, where he won the Gold Prize at the 8th Kyoto International Cartoon Exhibition in 2008. In 2011 he was awarded the Cartoon Art Trust’s Pont Prize for Drawing the British Character. In 2005‒6 he spent two years living and working in Japan as the first visiting professor of cartooning at Kyoto Seika University.

Born in Hereford and brought up in Croydon, Martin studied under cartoonist, and later deputy art editor of Punch, Geoffrey Dickinson at Croydon School of Art. Following a period of world travels he began his cartooning career part-time at first but it did not take long before his work was in high-demand. Long settled in Hastings, I first met him when I moved down here in the eighties and he welcomed me into his Old Town studio, offering advice, encouragement and tips on furthering my own part-time cartooning work. Like many other locals, I remember Martin Honeysett not only for his amazing legacy to cartooning but also for his warmth, generosity and uplifting natural humour.

A taste of Honeysett opened to the public on 20th January to mark the first anniversary of Martin’s death and continues until Saturday 16TH April. The Cartoon Museum, 35 Little Russell Street, London WC1A 2HH, is open Mon – Sat, 10.30 -17.30; Sun, 12-17.30. Admission charges apply. A fabulous glossy catalogue of the works featured (many previously unseen) is available for only £8.99. 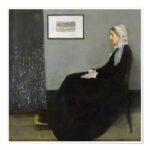 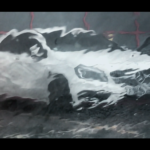 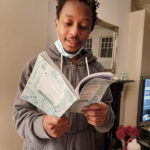 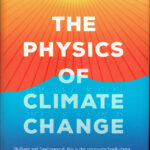