A Summer of Festivals

In 2018, HIP Arts writer, Sophie Shaw, wrote: “You can’t throw a pebble in Hastings and St Leonards without hitting a festival”.  Since then, most festivals have been battered by the Pandemic, with some going online, some cancelled and some moving to new dates. FIONA MCGARRY looks at what’s happening to some local festivals between now and September.

What is it? featuring some well-known Hastings musicians like Liane Carroll and Roger Hubbard, but primarily for young, amateur performers – they sing their versions of Beatles songs. It was created by local musician Pete Prescott and claims to be “the largest get-together of professional and amateur musicians, dancers and choreographers in one place in Hastings”.

Usually at the White Rock Theatre, it went online in 2020 and 2021 – catch it on Isolation Station Hastings.

Jack in the Green

What is it? One of Hastings’ biggest and most magical festivals, JITG was a 16th century tradition, revived in 1983 and getting bigger each year – variously described as “folksy”, “neo-pagan” and “slightly goth”. Starting with dancing at dawn, it offers music, Morris dancers, drummers, sweeps, giants, fire eaters, and a wild, costumed procession up to the West Hill where Jack is slain – to release the spirit of summer.

• The full schedule will soon be available on hastingsjitg.co.uk

Streets of Rother is organised by 18 Hours events who are also responsible for the St Leonards Festival and Hastings Storytelling Festival in October and who emphasise diversity and inclusivity. They recently benefitted from the Cultural Recovery Fund (see our News story: More Culture Recovery here)

• For more information go to 18hours.org.uk/streets-of-rother-2020

What is it? Part of Battle Festival, this is a competition to create and display a scarecrow. The theme for 2021 is “a traditional garden scarecrow” – winning entries will be displayed in the town centre. Follow the trail to see other scarecrows on show in gardens and on public spaces.

Last year’s online festival “My Rainbow Scarecrow” was a bit hit. According to the organisers: “This was a scarecrow festival like no other and will live long in our memories.”

• For more information go to battlefestival.co.uk/scarecrows

What is it? A free and independent festival created by two local Hastonians Chris and Jake, showcases professional comedians and up-and-coming comics from around the UK and Europe.

Planning is still underway, but they hope to have 50+ live shows across seven venues.

• For more information go to hastingsfringecomedyfestival.com

What is it? Since 2012 Pirate day has held the Guinness World Record for the most pirates in one place. Dress up as a pirate and join in a weekend of entertainment, side shows and music.

There won’t be another record attempt in 2021. But according to the organisers: “We will still be out on the best pirate day around as befits the Pirate Capital of the World.”

What is it?  Set up in 1968 because the Hastings Carnival didn’t include the Old Town in its procession, it’s a week of Open Houses, walking tours, art shows, live Music. Some of its quirkier events include the Pram Race and the Crown Lane Bike Race (contestants ride a butcher’s bike up the steepest hill in the Old Town with a £10 note tucked under the saddle).

Some events will be online this year e.g. the Carnival Procession, Gurning Competition and Pram Race.

• The schedule will soon be available on oldtowncarnivalweek.co.uk/events

14th August 2021
Warrior Square Gardens and along the promenade

What is it?  Community arts festival and family fun day in the heart of St Leonards-on-Sea. It includes a festival market, street arts, live bands, carnival parade. Past years have included everything from Catalan Hair Art to night-time shadow puppets.

• Details of this year’s programme TBC.

What is it? boutique, compact and intimate but it has attracted big headliners including Courtney Pine, Joan Armatrading and Sergio Mendes. Many events are free.

Cancelled last year but Festival Director Ian Bowden says “We are keeping everything crossed for the restrictions being fully lifted on 21st June. Let’s bring the music back.”

• For more information go to ryejazz.com/programme

What is it?  After a Month of LGBTQ+ events starting with Queer on the Pier on 24th July (cabaret, drag and DJs), Hastings Pride is a brilliant, colourful, community spectacle. The parade will head along the seafront to the pier followed by music and dancing at the Oval.

Details TBC, but the organisers say: “We can’t wait to march, dance and celebrate, and to come together stronger than ever.”

Bexhill Festival of the Sea

What is it? A festival that celebrates the sea with a world record challenge for the largest gathering of mermaids, live music, stalls, and sea angling competitions.

• Watch for updates on bexhillseafestival.co.uk 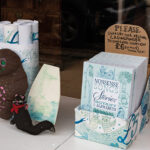 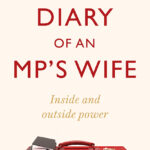 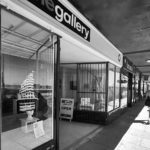 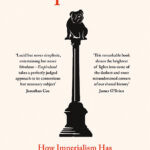 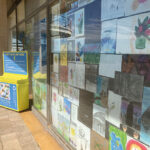 YOUR Art in OUR Windows